Pres. Trump posthumously pardons Susan B. Anthony on the 100th anniversary of women gaining the right to vote. Celebrate the 19th Amendment and learn more about the history of women’s suffrage and voting rights with these:

100 Years of the Nineteenth Amendment: An Appraisal of Women’s Political Activism, link

Princess of the Hither Isles: A Black Suffragist’s Story from the Jim Crow South, by Adele Logan Alexander, link

The Fight to Vote, by Michael Waldman, link

Israel and the United Arab Emirates sign a historic peace agreement laying out a blueprint for potential lasting pacification and stabilization of the region. Take a closer look at the geopolitical history and struggle for peace in the Middle East with these titles:

A Peace to End All Peace: The Fall of the Ottoman Empire and the Creation of the Modern Middle East, by David Fromkin, link

A Path to Peace: A Brief History of Israeli-Palestinian Negotiations and a Way Forward in the Middle East, by George Mitchell, Alon Sachar, link

1967: Israel, the War, and the Year That Transformed the Middle East, by Tom Segev, link

Blood Brothers: The Dramatic Story of a Palestinian Christian Working for Peace in Israel, by Elias Chacour, link

Dreams and Shadows: The Future of the Middle East, by Robin Wright, link

Power, Faith, and Fantasy: America in the Middle East, 1776 to the Present, by Michael B. Oren, link

The Only Language They Understand: Forcing Compromise in Israel and Palestine, by Nathan Thrall, link 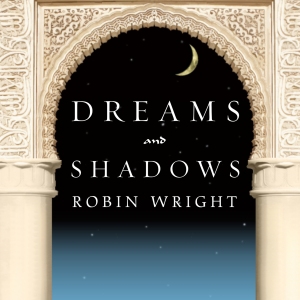 The Confederate flag is one of the most divisive images in United States history. 150 years after the Confederacy lost the Civil War their flag remains an item of cultural contention and still flies in today’s headlines. Learn more about how the memory of the Civil War has changed throughout our history and is still shaping the culture of America today with these titles:

After Lincoln: How the North Won the Civil War and Lost the Peace, by A. J. Langguth, link

Armies of Deliverance: A New History of the Civil War, by Elizabeth R. Varon, link

Last of the Blue and Gray: Old Men, Stolen Glory, and the Mystery That Outlived the Civil War, by Richard A. Serrano, link

The Confederate and Neo-Confederate Reader: The “Great Truth” about the “Lost Cause”, by James W. Loewen, Edward H. Sebesta, link 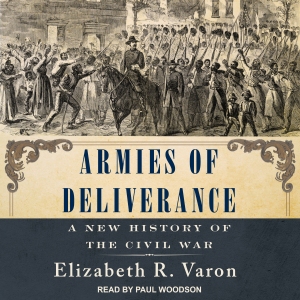 As the COVID pandemic draws school openings into question, some parents are seeking out alternative forms of in person education for their kids. All over the country families are forming education or pandemic pods to supplement remote learning. Check out these education resources and review traditional and alternative options to schooling in America:

Extraordinary Parenting: The Essential Guide to Parenting and Educating at Home, by Eloise Rickman, link

The Good School: How Smart Parents Get Their Kids the Education They Deserve, by Peg Tyre, link

The School Choice Roadmap: 7 Steps to Finding the Right School for Your Child, by Andrew Campanella, link

Culturize: Every Student. Every Day. Whatever It Takes, by Jimmy Casas, link

In Search of Deeper Learning: The Quest to Remake the American High School, by Jal Mehta, Sarah Fine, link

Pirates have historically been constant source of intrigue, mystery, and fear. Archeologists, historians and folklorist are always discovering new shipwrecks, studying Pirates’ behaviors and lifestyles and monitoring modern pirating techniques. Discovery the history, lore and current state of pirating with these titles:

The Pirate Hunter: The True Story of Captain Kidd, by Richard Zacks, link

The Pirate World: A History of the Most Notorious Sea Robbers, by Angus Konstam, link

Pirates: A New History, from Vikings to Somali Raiders, by Peter Lehr, link

The Pirate Queen: Queen Elizabeth I, Her Pirate Adventurers, and the Dawn of Empire, by Susan Ronald, link