Ancient Gilgamesh Tablet confiscated by U.S. authorities is believed to be stolen from Iraq.

Learn more about ancient artifacts and the history of Mesopotamia with:

Antiquities: What Everyone Needs to Know, by Maxwell L. Anderson Link

Babylon: Mesopotamia and the Birth of Civilization, By: Paul Kriwaczek link

Take a deep dive into other historic Art Thefts with these Tantor titles:

Stealing the Mystic Lamb: The True Story of the World’s Most Coveted Masterpiece, by Noah Charney link 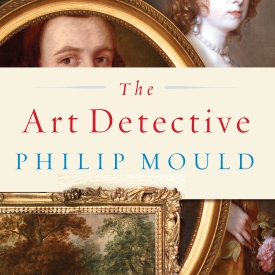 The Art Detective: Fakes, Frauds, and Finds and the Search for Lost Treasures, By: Philip Mould link

Lives in Ruins: Archaeologists and the Seductive Lure of Human Rubble, By: Marilyn Johnson

Scientist reveal a significant drop in carbon emissions due to the Corona Virus shut down.

Learn more about climate change and the ongoing effort to design a more sustainable world.

Building a Resilient Tomorrow: How to Prepare for the Coming Climate Disruption, By: Alice C. Hill, Leonardo Martinez-Diaz, link

Drawdown: The Most Comprehensive Plan Ever Proposed to Reverse Global Warming, By: Paul Hawken, link

Fossil Capital: The Rise of Steam Power and the Roots of Global Warming, By: Andreas Malm, link

Footprints: In Search of Future Fossils, By: David Farrier, link

After more than a century after sinking the Titanic is back in the news as an American salvage mission is being planned to recover the infamous ship’s telegraph.

Explore the historical depths of the world’s most famous shipwreck:

The Titanic: Disaster of the Century, By: Wyn Craig Wade, link

Learn more about the Telegraph and its importance to communication with:

The Victorian Internet: The Remarkable Story of the Telegraph and the Nineteenth Century’s On-line Pioneers, By: Tom Standage, link

Know all there is to know about the Titanic? Consider these titles and steam into the unique history of ocean liners:

A Man and His Ship: America’s Greatest Naval Architect and His Quest to Build the S.S. United States By: Steven Ujifusa, link 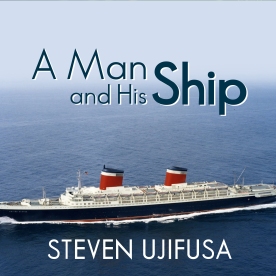 Lusitania: Triumph, Tragedy, and the End of the Edwardian Age, By: Greg King, Penny Wilson, link

Sixty years after Hawaii joined the union as the 50th state, a different island territory is considering statehood as Puerto Rico votes on a referendum to become the 51st state.

Learn more about the history of the complicated relationship between the U.S. and Puerto Rico:

War Against All Puerto Ricans: Revolution and Terror in America’s Colony, By: Nelson A. Denis, Link